The Dude said:
I believe this sums him and the current government up perfectly

Extremely unfortunately, I think they will also be the next government, as well
F*ck me.
Click to expand...

And possibly with Herr Kipfler as PM. Very scary thought.

johnny said:
I'm not saying that Dutton will take the leadership, just that the chances of a spill are increasing given the current trajectory.

Morrison is in a pretty bad place at the moment - his grasping at straws to cover for numerous failures (bushfires, pandemic response, relationship with China, relationship with the French, COP26, religious freedom bill, corruption commission, lying, party discipline/unity, etc.) and has provided too many targets for his opposition. I think that there will be a lot of nervousness in the govt at the moment and I think people will be getting nervous about their jobs and the ability to win the election.

If this new COVID variant proves problematic, the failure to build dedicated quarantine facilities (they looked into it and decided against it a couple of weeks ago) might bite them badly. I don't think that it's likely that Dutton would win; firstly, because he's so fucking unlikeable and divisive, but so was Abbott. But mostly, because Morrison won a very tough election last time so some will likely prefer to stick with him, even though he's on the nose.

Dutton is clearly working hard on his brand right now and positioning himself as the strong leader in the face of an external (non-white) threat. But I think the real challenge to Morrison comes from Frydenberg. I'd reckon he'd be happy to let Dutton do the wrecking but for him to emerge from mid-field and take the leadership in a way similar to the way Morrison did.
Click to expand...

I reckon you're on the money there. Sloshy Joshy is Menacing Wallpaper Morrison's chief flying monkey, hence his waylaying of Bridget Archer the other day. Add his bully-boy anti-Dan stance in support of Morrison during the pandemic, and we are looking at a slimy little creep angling for the top job. Whilst I'll be incredibly happy to see Dutton's shock horror losing face again, i feel that Joshy will be every bit as awful as Scotty and without any modicum of restraint.

bear the bear said:
Numbers won't work.
Scomo changed the requirements for a spill to >75% of the party room vote. Mr Potatohead doesn't have the numbers for that.
If the Libs go to the election with Scomo at the helm and lose, then he can be booted with a simple majority vote.
Click to expand...

Word on Twitter is that Herr Kipfler actually does have the numbers. Scary thought.

You should have put a trigger warning on that!
Canavan's facial expressions and body language are exactly like an abusive ex of mine. Morrison, Taylor, Porter, et al too.

Norco Maniac said:
Word on Twitter is that Herr Kipfler actually does have the numbers. Scary thought.
Click to expand...

Given the liberal party are mostly driven by polls and bribes, it shouldn't be a surprise that ScoMo's recent run of events has his "team" shitting their pants about retaining their seats.

I didn’t notice any of this at the time. An interesting series of events. 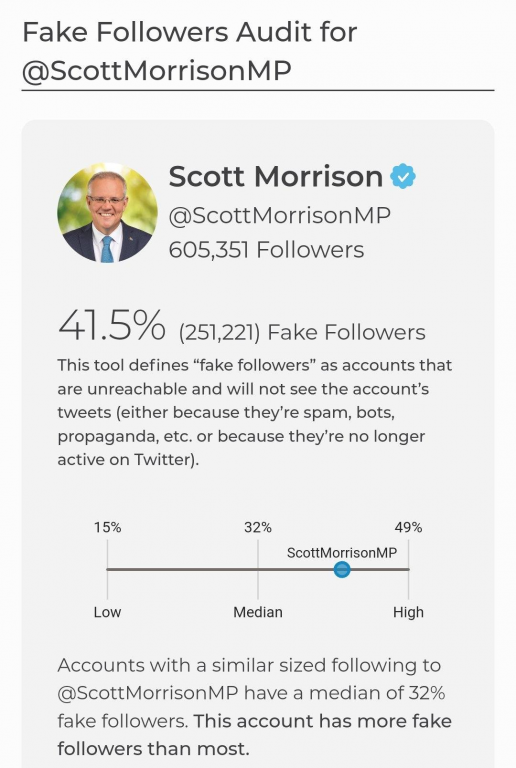 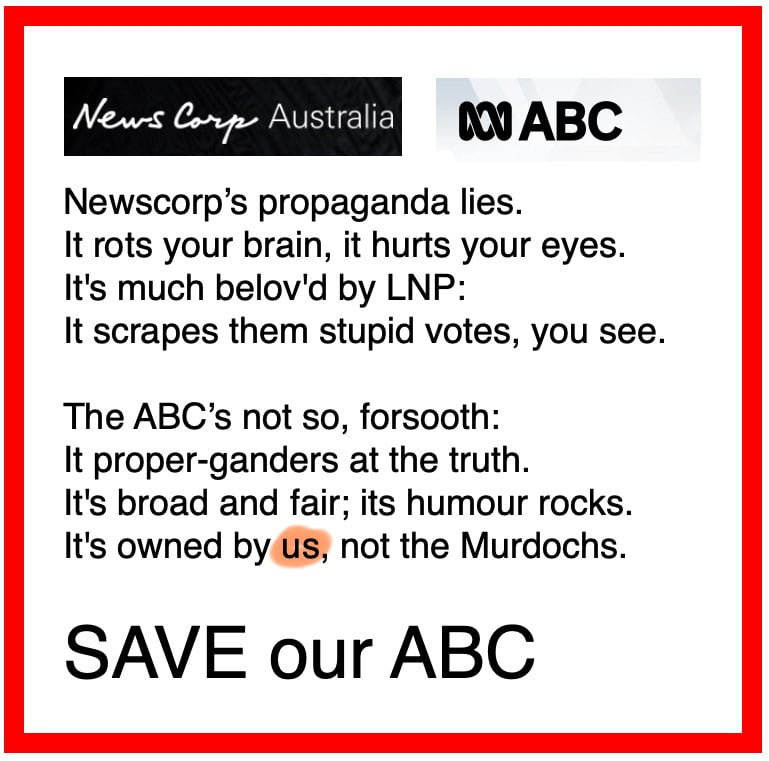 Sanity is not statistical

Still my favourite album of theirs. 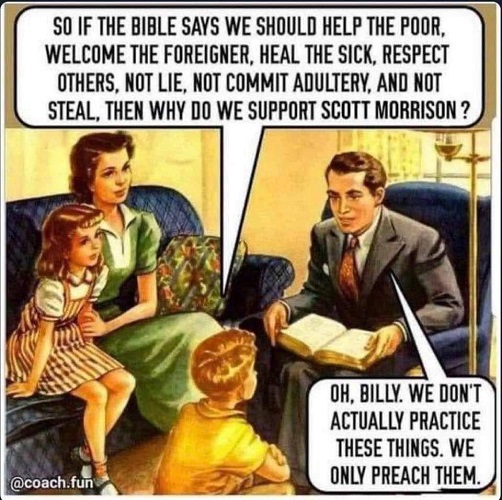 In some parts of the world they’ll get you killed. In more civilised quarters, merely ruined. I don’t know if the $35 000 Shane Bazzi will have to pay Peter Dutton, consequent to the Federal Court finding he’d defamed the tuber-adjacent Defence Minister will financially destroy the refugee...

Better be careful he doesn't get done for defamation...

pink poodle said:
Better be careful he doesn't get done for defamation...
Click to expand...

Sanity is not statistical

Apparently one of the Labor members shouted that from the back

MINISTER potato head, if you please! 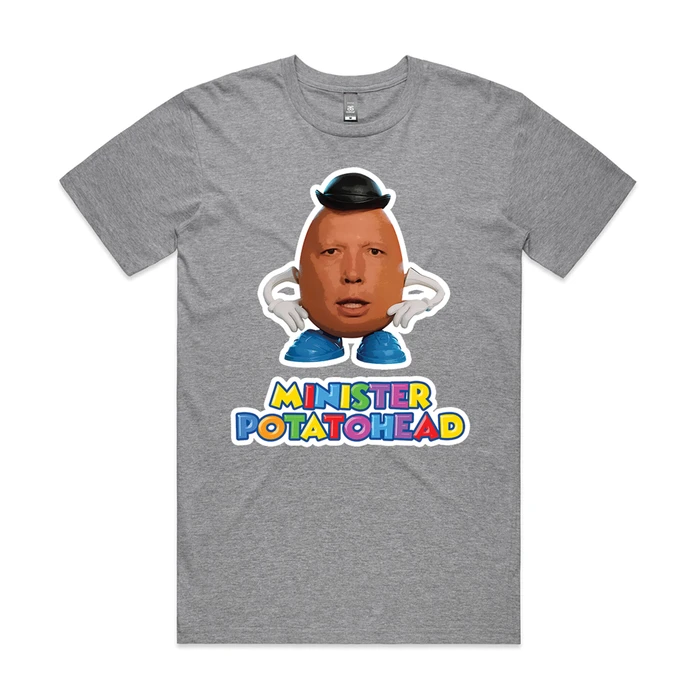