I wasn't the fuckwit so I guess this is where my contribution goes. My local Indian grocer packages all there own stuff that they buy and sell in bulk which means good savings on big bags, in this case probably the worst bag in the shop to have split on me. It's almost like chick peas are designed for max travel on a hard floor, its almost like the 5 kg bag was designed to split. It was clean up in every isle.

Red lentils like to run as well. Being tiny the scatter pretty good, but can't match the rolling capacity of chic peas.

Staff member
I have been trying to emulate / find a ginger pork recipe that was as close as possible to what I have had on multiple occasions in Singapore. Japanese version is good and I like it lots (Shogayaki) but it is not as sweet and the Chinese variety is downright salty, or at least the recipes I have tried have ended up that way. So I experimented by changing some proportions and bits and nearly, very nearly got there. Good enough that I will do this again. Really worth a try if you like ginger and pork.

400g ish of pork fillet cut into strips about 5mm across and 5mm thick.
a dump of potato starch in a bowl
garlic, at least a tsp of mashed goodness
ginger, about 1/2 tbsp@ of crushed and mangled product, in my case fresh from the garden (!)
2 tbsp of light soy*
1 tbsp of sake, Chinese cooking wine or sherry*
3 tbsp of honey
a wee bit of pepper and salt
1 capsicum diced, sliced and otherwise aggressed upon
1-3 chillis# diced up
1 Spanish onion cut into thin wedges
handful of green beans
2 or 3 spring onions lustingly cut, then separate into green bits and white bits
And steamed rice or noodles

As usual with a stir fry get everything cut and ready to go because this cooks quickly.

Combine the garlic, ginger, soy, sake, chilli and honey with a little pepper and mix and mingle and set aside. Start the rice and when it is about half done do the stir fry.

After removing the membranes and dissecting the pork dry it off with a paper towel then toss it into the potato starch which has a sprinkle of salt until the porcine meat is completely dusted and let this sit for a few minutes. I did this while the rice was starting off on its journey to plump softness.

Hot smoky wok with peanut oil (best) or other vege oil and cook the pork in batches. Cook until it is brown and a bit crispy but not burnt. It will stick together and try and reform the pig if you throw too much in at once. Set aside each portion until the pork is done. Once cooked it will behave and stay single.

Then add some more oil of vegetable and lower the heat, maybe 37.5% and cook the capsicum, Spanish onion and the white bits of the spring onion.

Microwave the beans until they are about 75% done so they are crispy and crunchy. For me that means a handful of beans in the microwave for 2.544987 minutes.

Once the vege bits are softened add the meat back in, preferably using a backhand flourish with pike and then add half the saucy stuff you did as step 1. Coat all the bits in the wok and then add the rest of the sauce. Keep cooking on a medium ish heat until the sauce thickens and takes on a glazed look. Glazed not dazed. Chuck in the beans at the last possible moment and perhaps some more chilli#

Serve on rice or noodles or stir noodles through. Sprinkle the top with the remaining green spring onion bits.

It is bloody good. 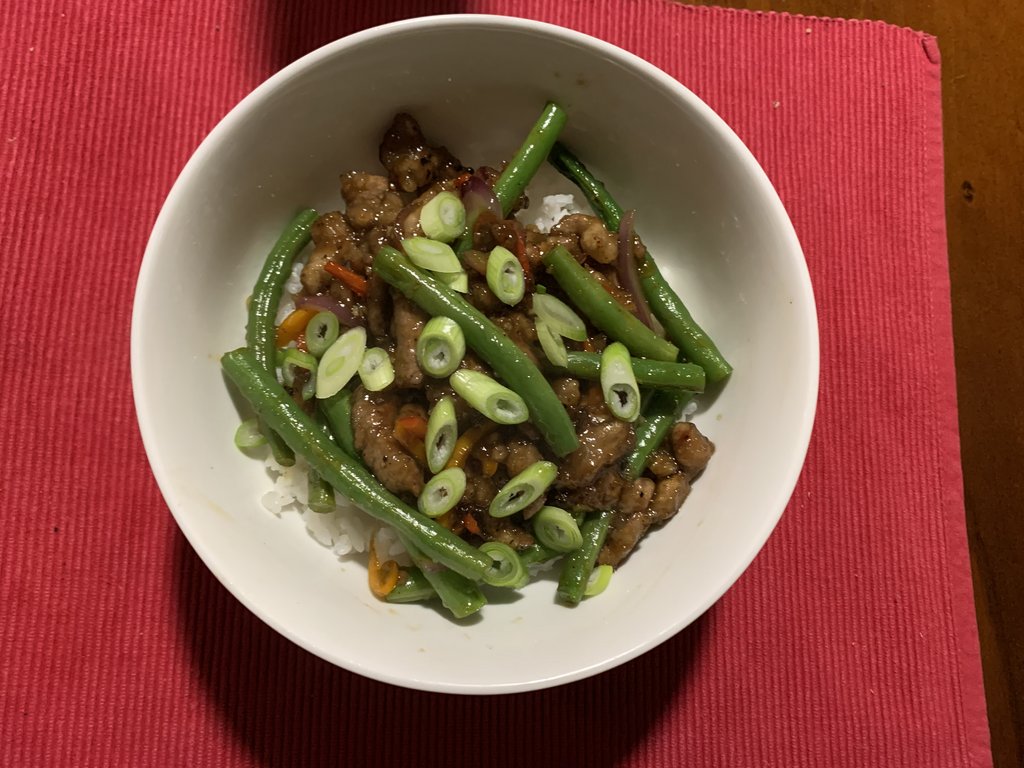 @ I did a bit more than that but wees love ginger.
* The ratio of 2 soy to 1 sake to 3 honey is as sweet as you want to make it. Sweet and pork go together well. If you do 3/0/3 it starts to get a bit salty. So maybe 2.5/0.5/3 if you want it neutral.
# I am banned by the Minister for war and finance from adding chilli in the cook and thus I have sprinkle of chilli on my portion which was added after the pic.

Give it a try.

I forgot to post this last week.
My eldest wanted an Optimus Prime cake for his birthday. I am very...rustic...with my cake baking, so this was a big job for me.

2x vanilla cake bases with buttercream icing between layers and on top. Found a great little cake topper with the red and blue transformer guy on it.
I also happen to have some decepticons and autobots silicone chocolate moulds.
So I tried to hide the crap icing job with chocolate and sprinkles! It worked, the boy loved it - phew! 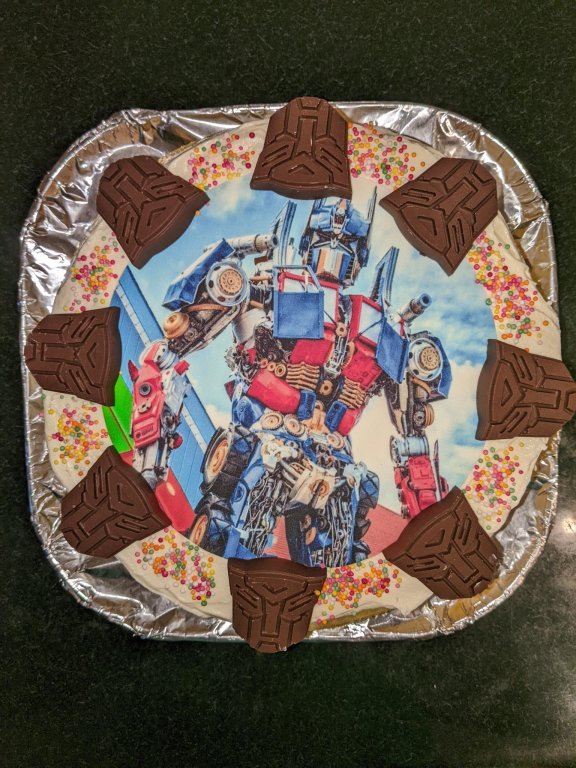 Cheers PP. I do a lot of baking but I've never tried decorating like this. His last cake was a very funky looking Lego man rainbow cake with rainbow icing. It looked just how we made it - thrown together colourful blobs of batter coated in thrown on colourful blobs of icing! Thankfully the kid doesn't care much for presentation!

Looks great, don't sell yourself short. I can put myself up for adoption if you need some extra family members for cake baking practice

Tomorrow's lunches for the family:

Vegan pizza scrolls with homemade vegetable powders snuck into the bread base. 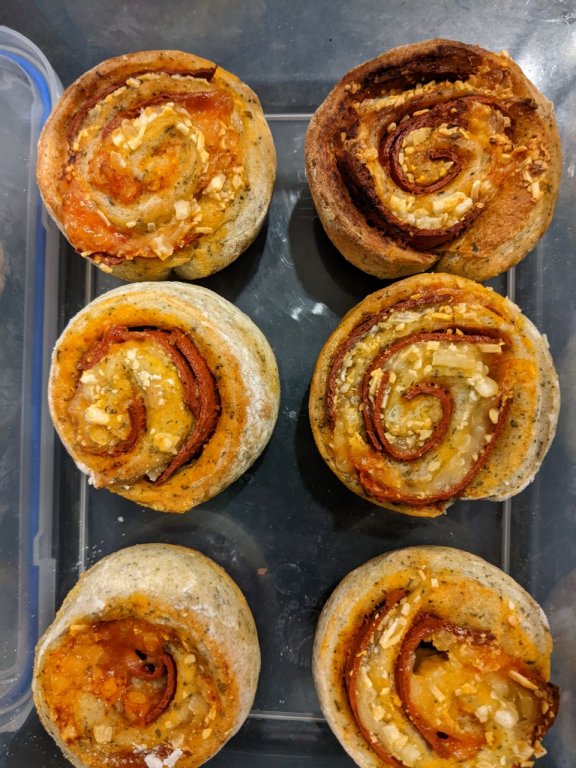 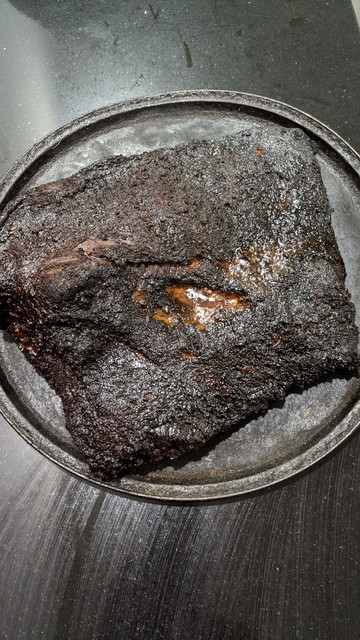 I see you're one of those Queenslanders that still believes in coal...

In an effort to set a lure and #bringbackmoorey, I made a vegan stir-fry last night. 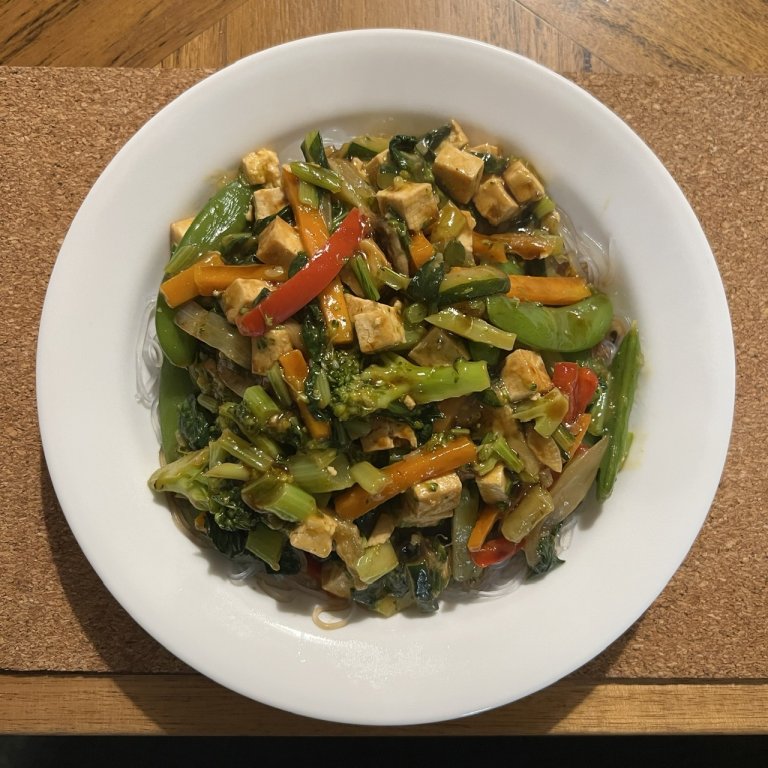 Has stumpy thumbs, Speciaized are so weird

beeb said:
I see you're one of those Queenslanders that still believes in coal...
Click to expand...

Is a real bear

beeb said:
In an effort to set a lure and #bringbackmoorey, I made a vegan stir-fry last night.
View attachment 389775
Oyster sauce is vegan right?
Click to expand...

What have you done to @moorey now?

bear the bear said:
What have you done to @moorey now?
Click to expand...

It’s what I wouldn’t do that upset him.

Staff member
Made some rice paper rolls. 4 each. Mine were filled with slow cooked pulled soy chicken (recipetineats), carrot, spring onion, muched up roasted cashew and a bit of fresh chilli. Bit inconsistent with sizing but was a first attempt. Others missed out the chilli.

Grilled to take the sticky off the rolls. Served with sweet chilli sauce. 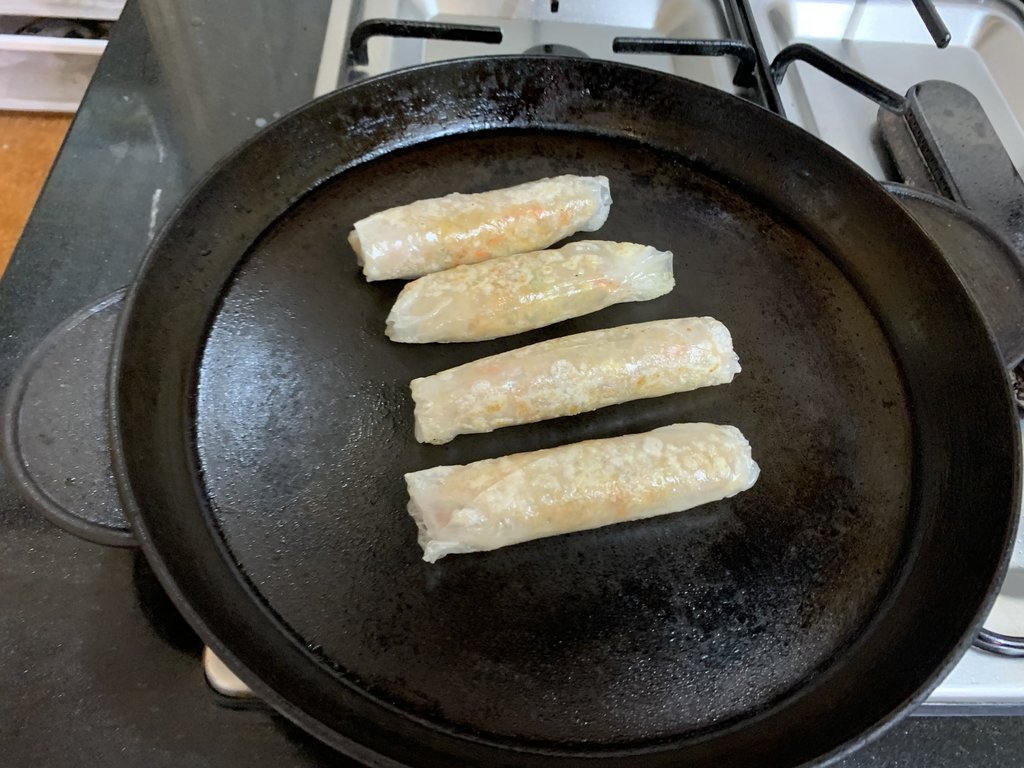 I had mine with chips!