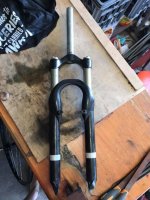 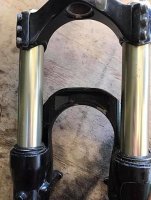 Hmmmmm....Dual air suggests RS, but lowers look more Fox, yet I haven't seen either with that clamping on the stanchions (old elastomer RS had 2 per side) . I'm no fork oracle though.
Can we see the dials? No serial numbers anywhere?

I've asked the seller for some more pics. I scrapped some old spring /air Zokes a little while ago with pinch bolts on the crown but they were 2 per side as well and the bottom edge of the crown was not curved either.

They do look unusual. Can't recall seeing any with 3 pinch bolts per side.
I was thinking it might be a Doppio air Marzocchi but the brake bridge doesn't have an Marzocchi-esque look.

As you may have guessed by now, I'm a sucker for a project and picked these up the other day. 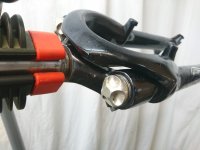 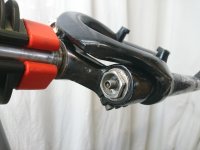 They felt reasonably light, the stanchions are 30mm with a kashima style coating, the dual air was not in the rock shox style but both uppers had air springs and were holding air. The big issue is the rebound damper or part of it has gone bye bye. I could also see they had been badly rattle canned and there were some painted over label's.

When I got home I put them on the wife's thermomix whilst she was out and they weighed 1.65kg, not bad. So I started dabbing some nail polish remover over the painted label and the paint softened. That seemed a little slow so went out to the shed and tried a little acetone, which seemed a little too aggressive. There was also some sticky goo where there had been two wraps of white electrical tape on the lowers. Some 100% methylated spirits, loosened the goo but also started to remove some of the paint. I guess you could call that goldilocks.
I couldn't make out the writing at first at the top of the lower, it looked like some sort of an O. But when I started cleaning down near the drop out I started to see a familiar logo. 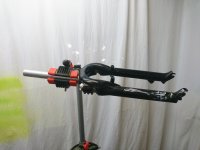 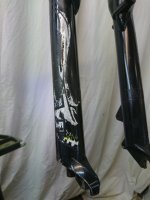 So the mystery is half solved, they're some sort of Magura but I haven't quite worked out what yet. The only other clue the seller had was they came off a 2008 Trance but from searching they were not OEM fitment. Fingers crossed, someone may still have some parts available at a reasonable price to get them going again.

Possibly a 2002 Magura O24U. Or another model from that era at least.

Isaakk said:
Possibly a 2002 Magura O24U. Or another model from that era at least.
Click to expand...

Spent a few hours honing my google skills the other night on @Isaakk's lead. Apparently Magura did not develop their own suspension forks originally but bought a Dutch company called Rond and these are a Rond design. There was a recall around the transition stage as Ronds crown design had bonded stanchions in the crown and there were bond failures. Which also explains the over the top triple bolted crown on this one. Wasted some more time looking at German and French mtb forums #googletranslateforthewin. Learnt the rebound adjuster falling out was not uncommon and the later Asgard were pretty much the same internals.

Did some more paint removal last night after the kids went to bed and found more remnants of the labels, the last letter near the Magura is definitely a U 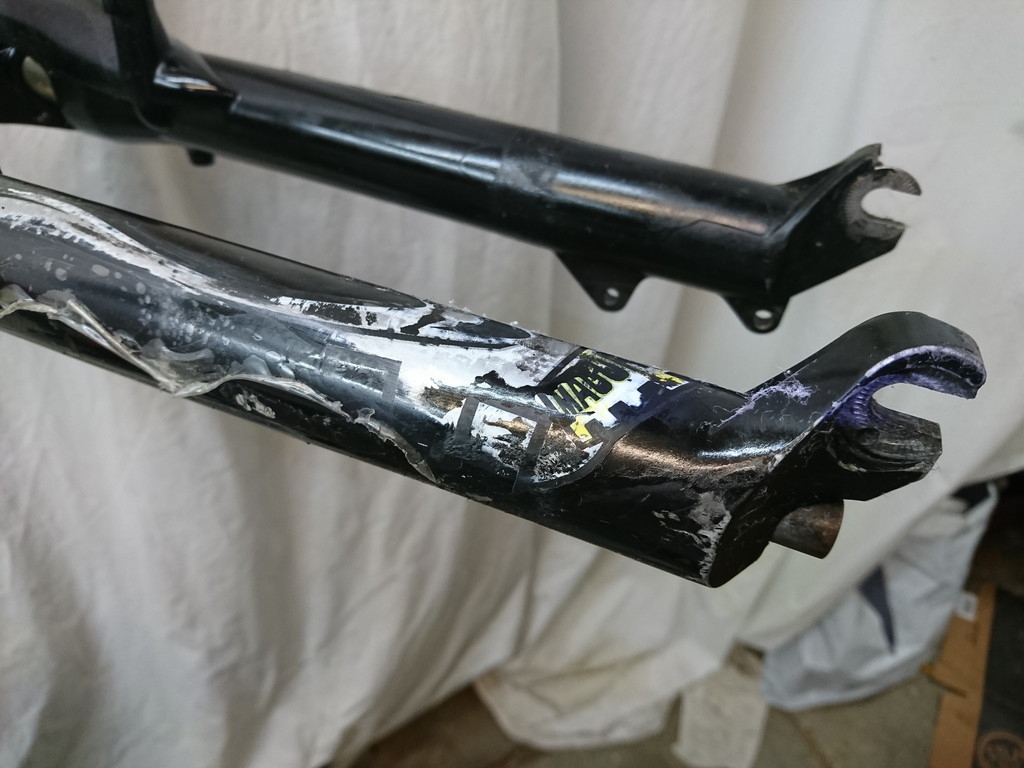 Which matched this with the black crown. 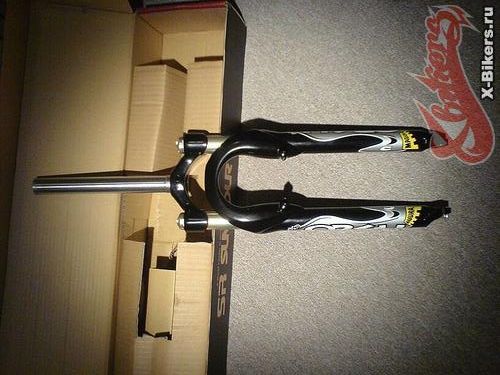 Then realised I had been wasting my time, can anyone see something wrong in the pictures I've posted of this fork?