AM Ragley MmmBop - The Hanson Brother From Another Mother

I rode this sucker to work this morning... took about an hour (30 min drive with minimal traffic but up to 50 mins in peak), but it feels like I'm riding a sports car vs. the Spitfire, which I commuted on twice because it felt like I was trying to push a Sherman tank.

I'll get a few pics up today when I figure out how to stop my phone camera from having a seizure when it points at the green. layball:
Last edited: Jun 22, 2017

Semi-green seizure, but it's the best I can seem to do without a fancy camera. :smow:
Would look better with black stanchions on the fork and LEV, but what can ya do?! arty: Looking Good!
I hope you secure that bike inside in your workplace.

It's Not Easy Being Green

Looking good! I've always got green bike envy! Doesn't matter what bike it is.... But yours is nice!

looks awesome. is that your riding position. i'd love the handlebars to be the same height as the seat on my bike - i hate riding down hill on the flat.

Damn dude, you were right about the HA looking crazy slack on a hardtail.

ForkinGreat said:
I hope you secure that bike inside in your workplace.
Click to expand...

Oh it's okay, I'm generally the only person in the building.
Plus if someone tried to wheel it away I'd totally hear it... the Hope hub actually seems louder attached to this frame than it was with the Spitfire!


slowmick said:
is that your riding position.
Click to expand...

Yeah, pretty much! The post does go a bit higher, but I reserve that for climbing.


Staunch said:
Damn dude, you were right about the HA looking crazy slack on a hardtail.
Click to expand...

Is very green. Is also very slack.
I like it.
My next bike shall be green and slack too. Probably not that green but hopefully that slack.
Nice job. I would certainly look twice out on the trail. My HT might feel a little jealous...
Purple doesn't jar like I thought it might.

Looks sick, just gotta get out there and destroy some ankles!

Yeah it's actually quite subtle! The green kinda just takes over and draws all the attention, haha.


Ultra Lord said:
Looks sick, just gotta get out there and destroy some ankles!
Click to expand...

Yeah! Test ride at You Yangs tomorrow... let's see if it can buck me off in the rocks. :thumb:

Ezkaton said:
Yeah! Test ride at You Yangs tomorrow... let's see if it can buck me off in the rocks. :thumb:
Click to expand...

Thought that bike looked familiar! My mate and I briefly bumped into you I think. We were the two muppets in the full #enduro half pot and gogs because we left our sunnies behind.

Beautiful bike, even moreso in real life! how did you go with it over there?

Ah yes... I caught glimpse of your bike just as we were taking off again and recognized it from the hardtail thread.

Rode really well, actually.
I noticed it was faster through the Cressy rock gardens than my previous ride. It just bobbles along nicely, whereas on the Spitfire I felt like I'd lost half my speed by the first drop-off.

Not as rough as I was expecting, overall. Ankles, knees and back weren't phased by the transition to hardtail (for now!).

However, my jumping has suffered. I'm used to having suspension to compress and help pop me off jumps.
I'll adjust with more time on the bike I guess.

Photo has been compressed to space and back by Facebook, but... weee! 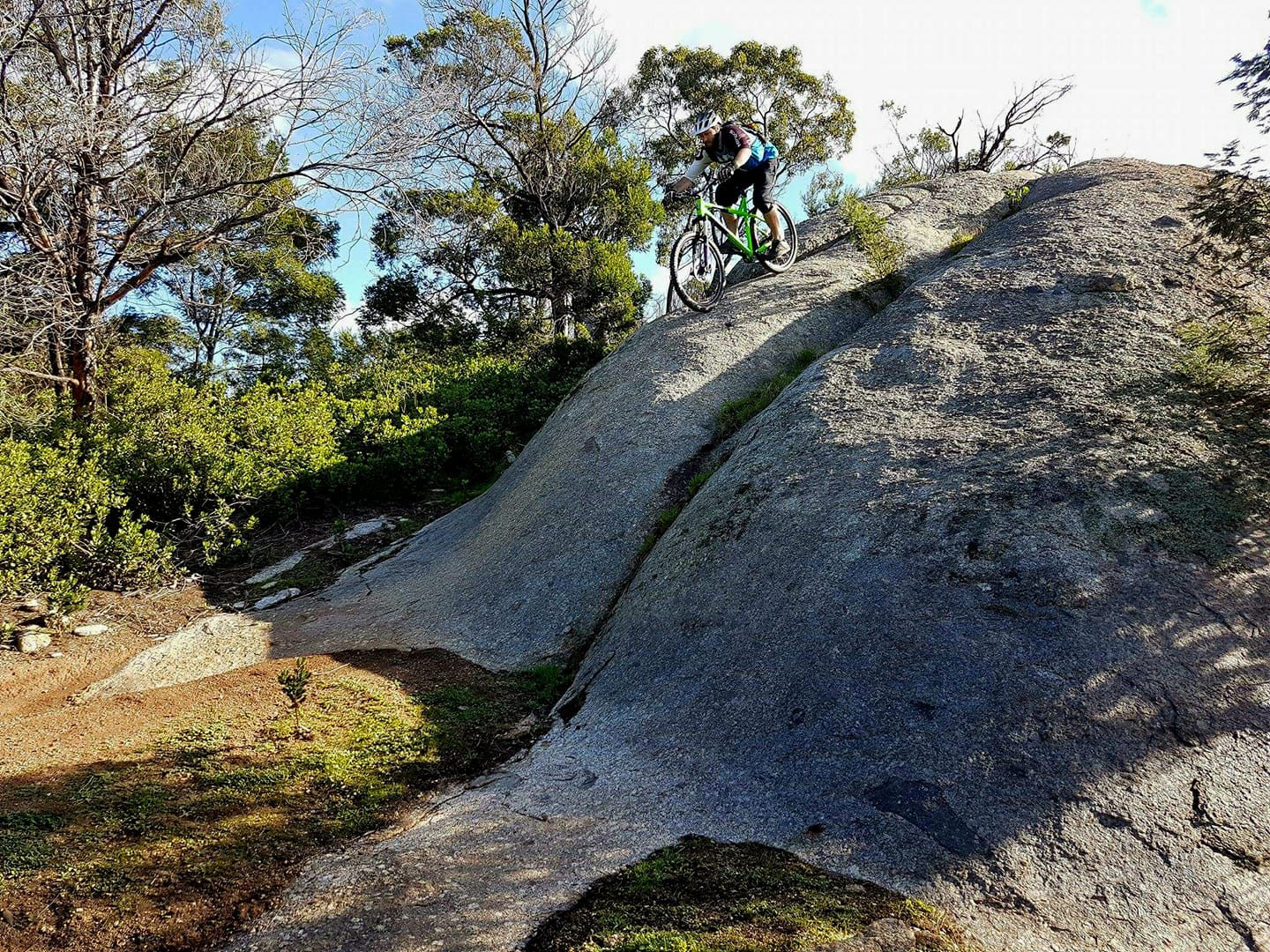 It's Not Easy Being Green

Nice little bit of props for the new build! Congrats!

Bike of the day!

Had my third ride on it today... Gotta learn to pick better lines through rougher tech stuff, but otherwise she's pretty fun!

I believe I saw this beast at the Youies yesterday; it looks great in real life.

I was leaving the drysdale car park as you(?) were sitting in your car with it on the roof.

EDIT: Unless it wasn't you or your car and someone has flogged it