Knows which side his bread is butthurt

I’m not really a motorcycle guy a d these are nothing exciting compared to others here but owned these when I lived in Cambodia. When I first landed I picked up a super cheap Honda Dream scooter but whilst it got me around town I looked like a monkey on a toy bike. So went to Phnom Penh and bought myself a Honda FTR. A 223cc import from Japan. Once again it was a tad too small and gutless but was a nice cruisey ride. Rode that into the northern provinces which are pretty basic. It broke down a few times and each time I’d push it to the next roadside petrol seller and someone would fix it and get me going again. 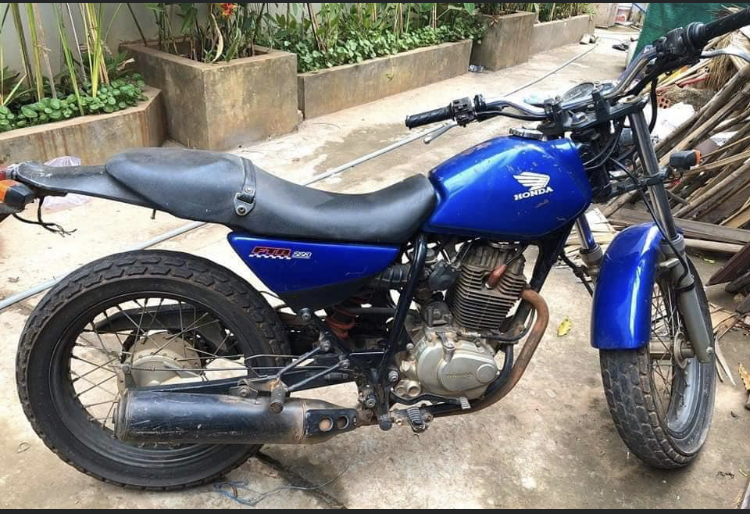 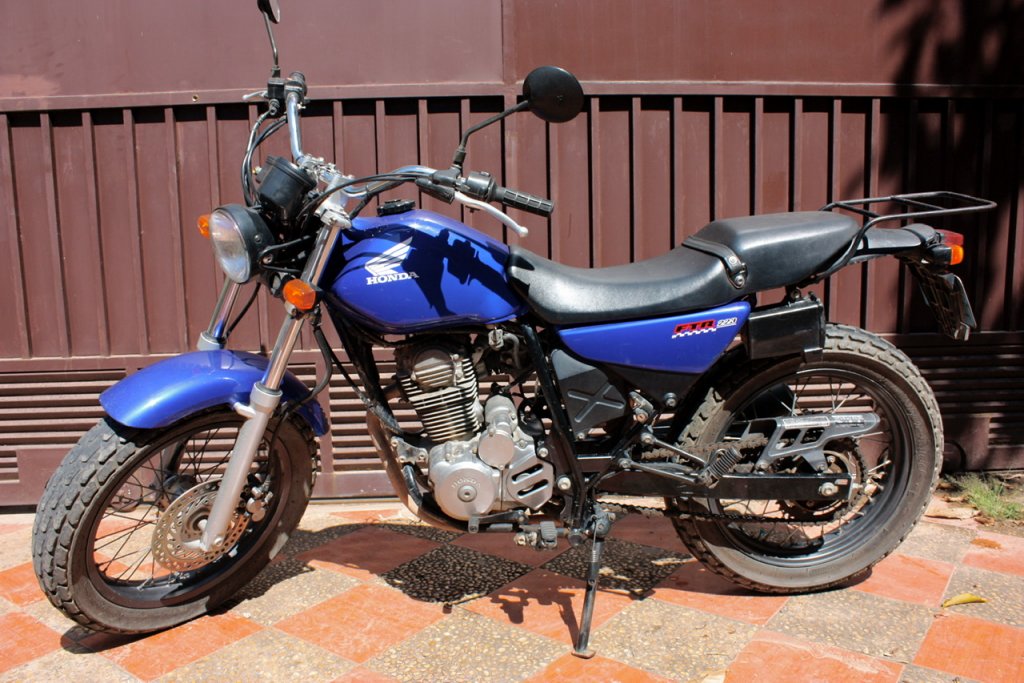 Then this XR-400 came up for sale which was unusual as there weren’t many dirt bikes in Cambodia bigger than 250’s back then.
It was a beast of a bike (to me) and took a full body jump just to get it going on the Kickstarter. It was loud AF too. Had some aftermarket pipe on it people could hear me coming and would clear out of the way which was a good thing in the crazy traffic. Better than Hope hubs. lol.
I got knocked off it doing about 70 down a highway and as I slid down the road I saw it bounce off a tree moments before my shoulder hit it and cartwheel off into the jungle. A couple of broken levers and the plastic long range tank had a hole in it. That was it. a Khmer mate of mine retrieved it for me and rode it home. Which was pretty funny as he’s barely 5 ft. But a handy rider and mechanic though. Had a few awesome adventures in the jungles on it and took a trip to Poi Pet on the Thai border and checked out some wild untouristed temples and lost in time villages on the way. Pretty damn funny during the wet season when roads and tracks would become 2 ft deep mud tracks and here’s this big over sized Barang with his stupid big motorbike stuck hip deep in mud going nowhere fast and some little light as a feather granny on her scooter comes skiing along on top of the mud flicking me a cheeky grin as she skids past on the surface. 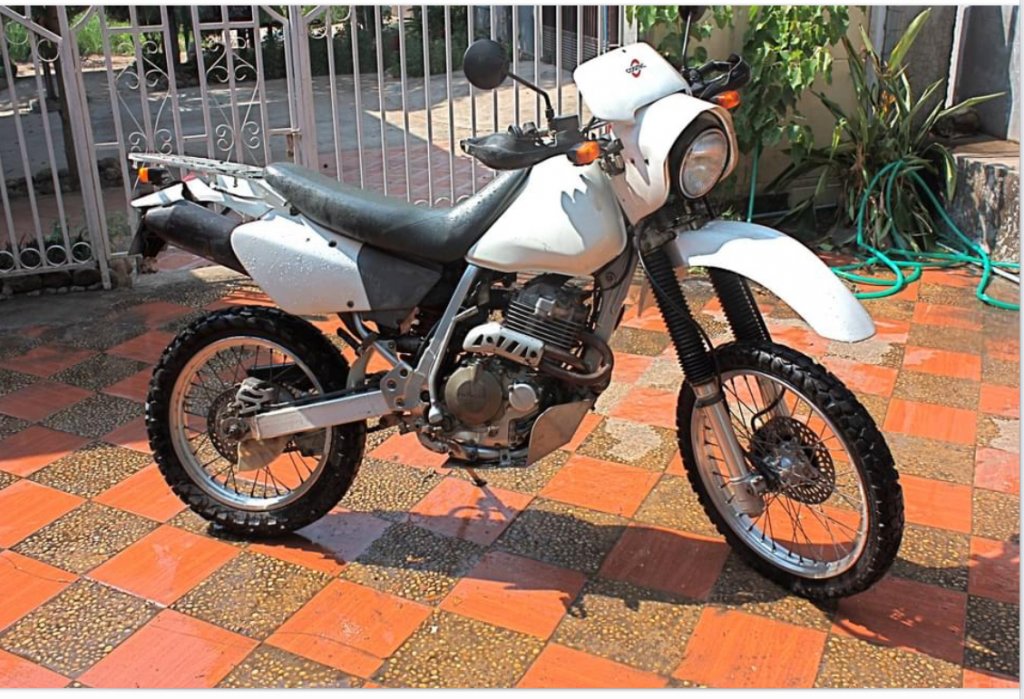 During that period a friend of mine died and I inherited his CBR500. I think it was. That was fun. Too much fun for shitty Cambodian roads and lunatic traffic. Was great until the security system rejected the key for some reason and nobody in Siem Reap could work out how to by pass it and get it going again. Even the best roadside locksmith that got me into my house drunk as a skunk 3am when I lost my keys one night And was a shonky as they came couldn’t crack it. So I stuck it on the back of a truck and sold it to a bike shop In Phnom Penh.
Last edited: Sep 25, 2021

Staff member
Couldn't find them all but here are some of the trials bikes ish. Pics are crap and very old like me.
Honda TLR200 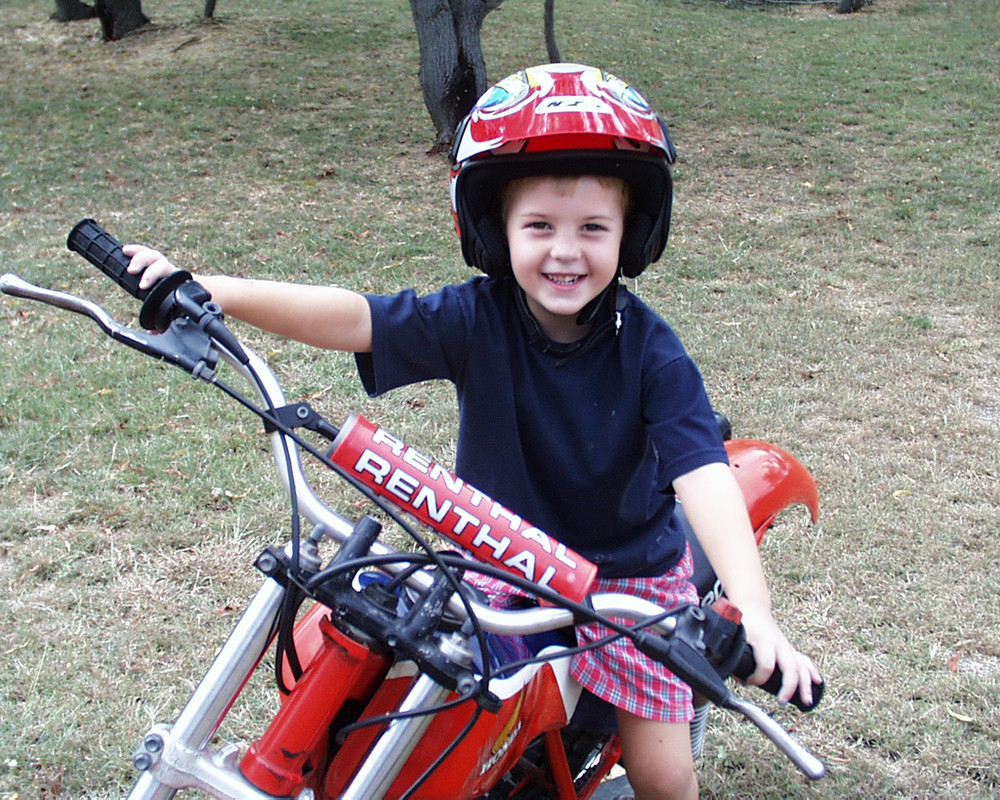 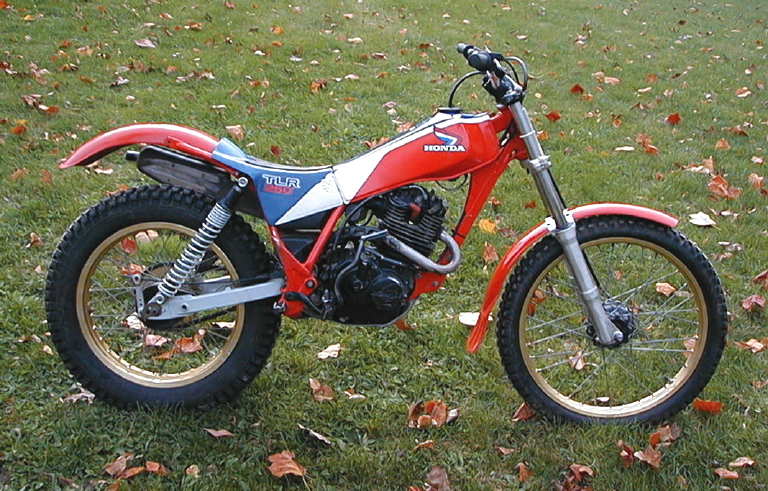 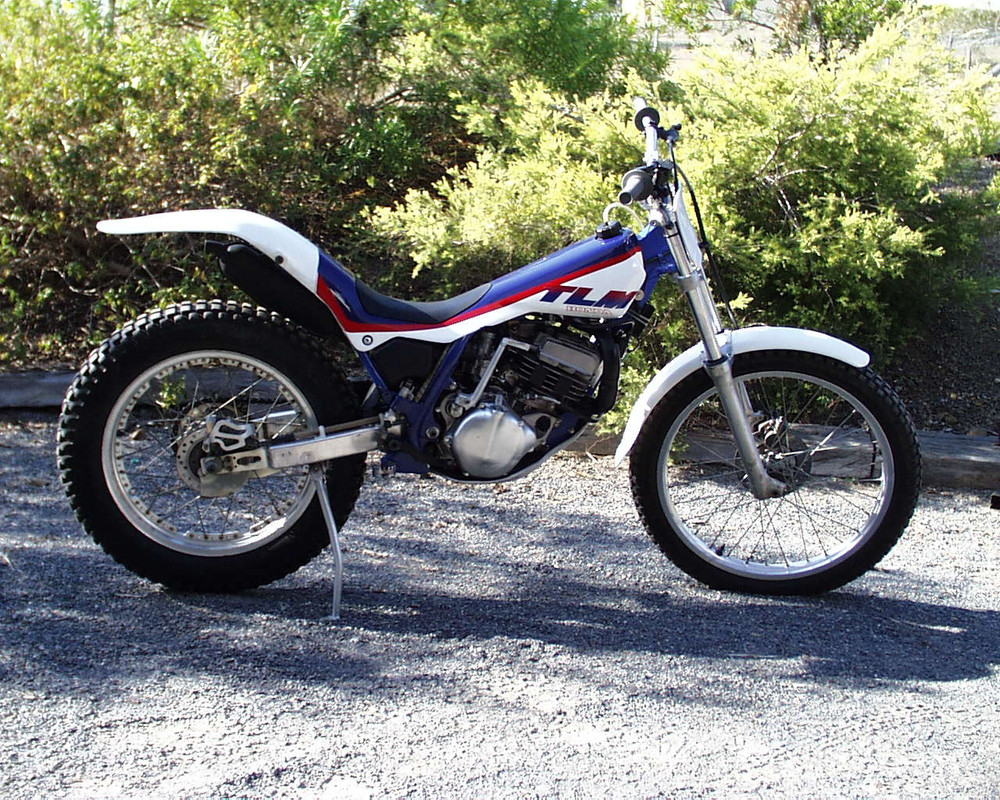 and some of the fun, not sure where this was taken, I think we were away in NSW or SEQ... And yes there is a pic of me making it up too on the rtl. No I am not posting it. There was always a spotter / rescuer on that rock, bikes are only 70 - 80kg so easy to help them up. 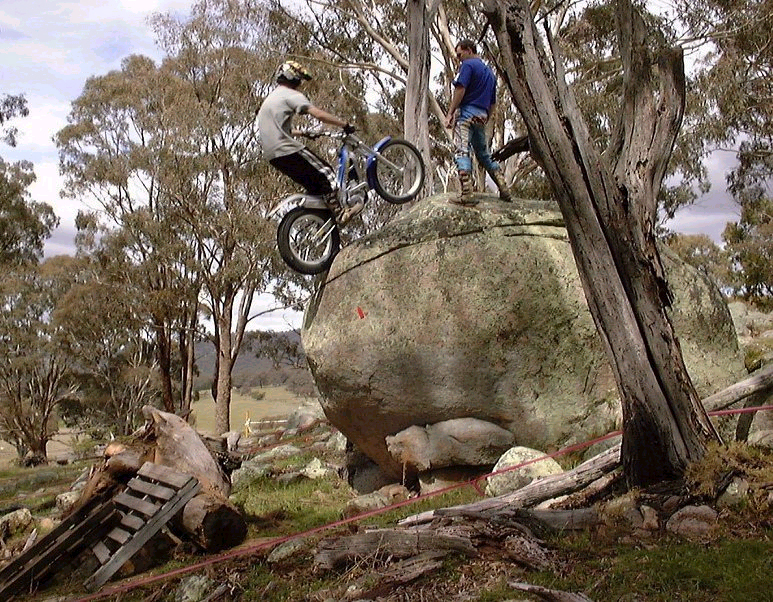 Then there were the usual dirt bikes like a Suzi TS185, Yamaha DT250, another Suzuki 125 4 stroke (cannot recall what it was) and some newer stuff until I moved to Brisbane and no longer made the time to practice cause practise you must.

The TLM and RTL were used ex comp bikes from Japan. Being HRC rather than Honda factory they had some bespoke parts. Each time I picked up a parts manual. One thing Honda did was to identify each part with the bike it debuted on and you could likely track down any usual stuff but anything that was prefaced HRC meant modifying or building new bits. I had to do a few of those, broke a dog link on the TLM and machined one at work, made new chain guides and pegs because these were made to suit the bespoke frame. You could go to any Honda dealer and give them a part number if it didn't start with the HRC code and they could usually get the part, some weird bits were off CB100s and similar stuff, a few times though the parts guy just shook his head, ok I will make my own. I do regret selling the RTL but when we moved to Brisbane it needed chain and sprockets, tyres, a new rear rim and probably hub, brakes, rear fender/guard thingy which alone was $1,000 etc so there was about $3k in parts alone and we were building a house so I sold it for $1500...
Last edited: Sep 25, 2021

Staff member
Most of our comps were on farms near my place (we lived out of town) so I would ride there along the railway tracks or creeks to loosen up. We had new neighbours move in and the day before a comp I had to take a recipe up to a friend up the road. Jumped on the RTL, warmed it up and then with only a helmet for trials gear (no boots etc and jeans and a t shirt) off I went riding on the verge and jumping drainage kerbs and culverts, came back doing a front mono, wheelies, bunny hops etc. New neighbours were in their back yard so I rode up to them as they began hanging washing on the line. Introduced myself and they did likewise. Usual conversation where do you work and so on, what is that bike... Then I asked what they did and they pointed to the washing line where there were rows of police uniforms drying. Shit. They laughed.

Find many great new & used options and get the best deals for 1994 Kawasaki ZXR750 ZX7 at the best online prices at eBay!
www.ebay.com.au

Not cheap, but seems to be all there. I had exactly this bike years ago and even took it to the IOM TT races. The stupid things we do when we're young...I wasnt racing the TT I hasten to add, just watching. Its the only sporting event I would want to go back and watch. UNBELIEVABLE...!!!
Click to expand...

Chriso_29er said:
You pricked my interest with the RGV lol, were the go to first bike in my day. I really wonder how many of them would be left, they had a high rate of being thrown down the road. 2 on bikesales wanting upwards of $12k
Click to expand...

I think they all become production racers and then 600 became the default , now it’s super twins and the low powered 650 , cf moto , royal Enfield and kawas versus , Suzuki 650 things as a ‘ cheap racer’
S

Found a couple of old photos 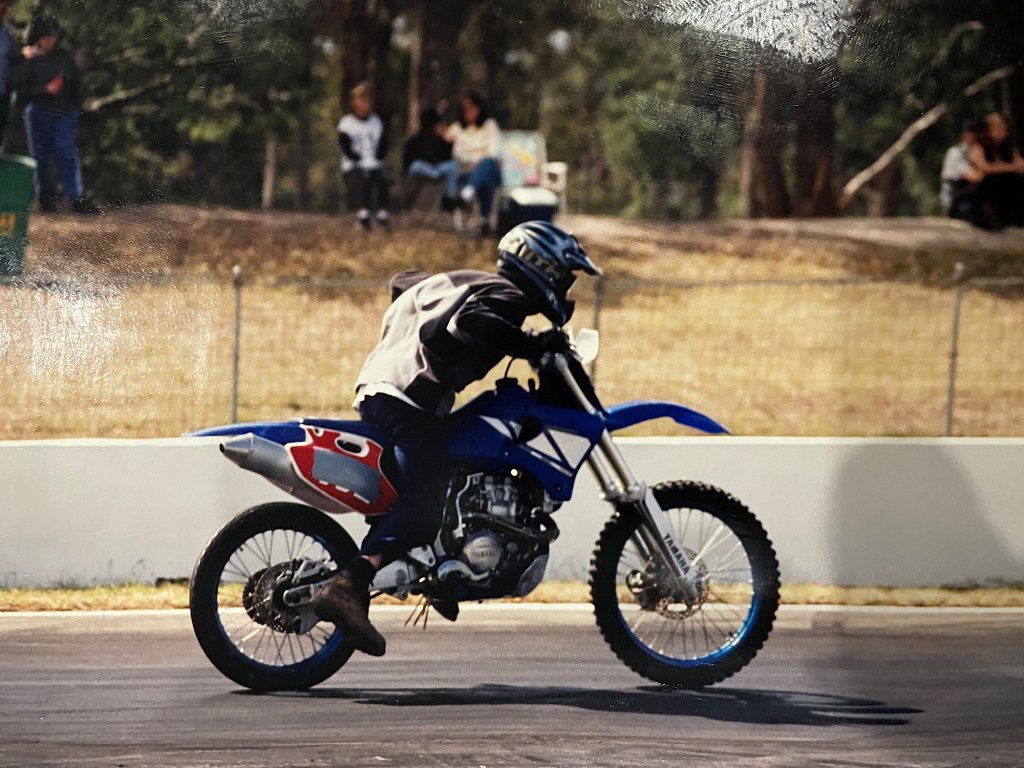 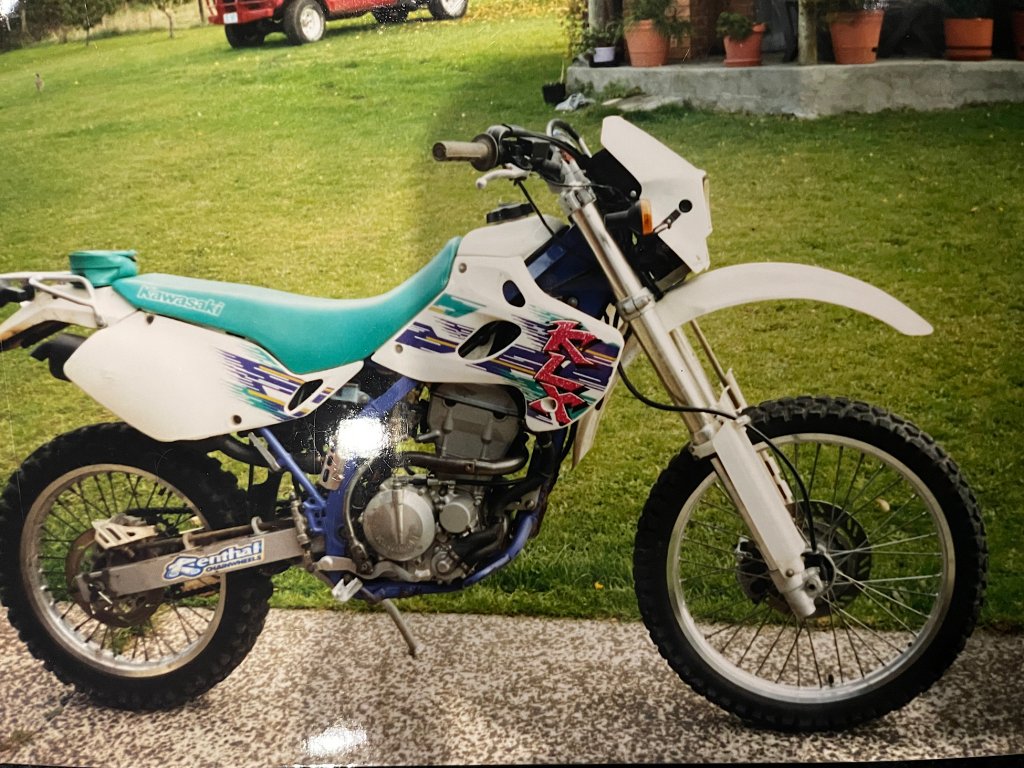 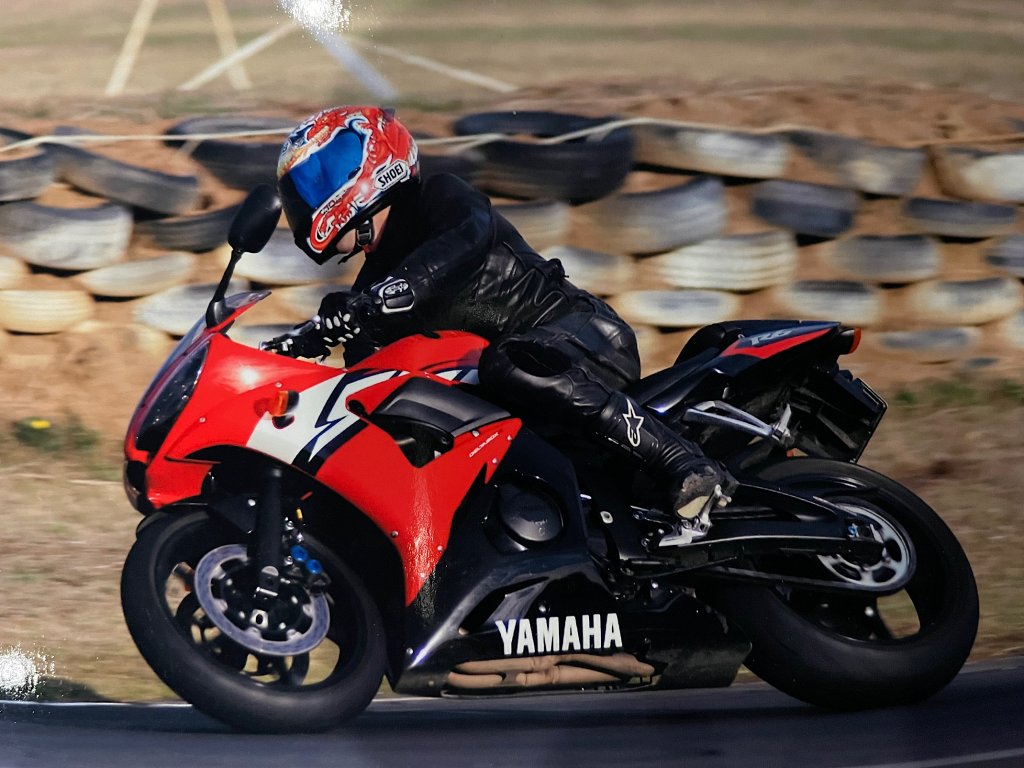 This bike, is my fave, of all my bikes... only 82bhp, but it was not actually possible to crash on it.

Ha ha, apologies for the lines in the pic, as I obviously didn't pony up for the photo. 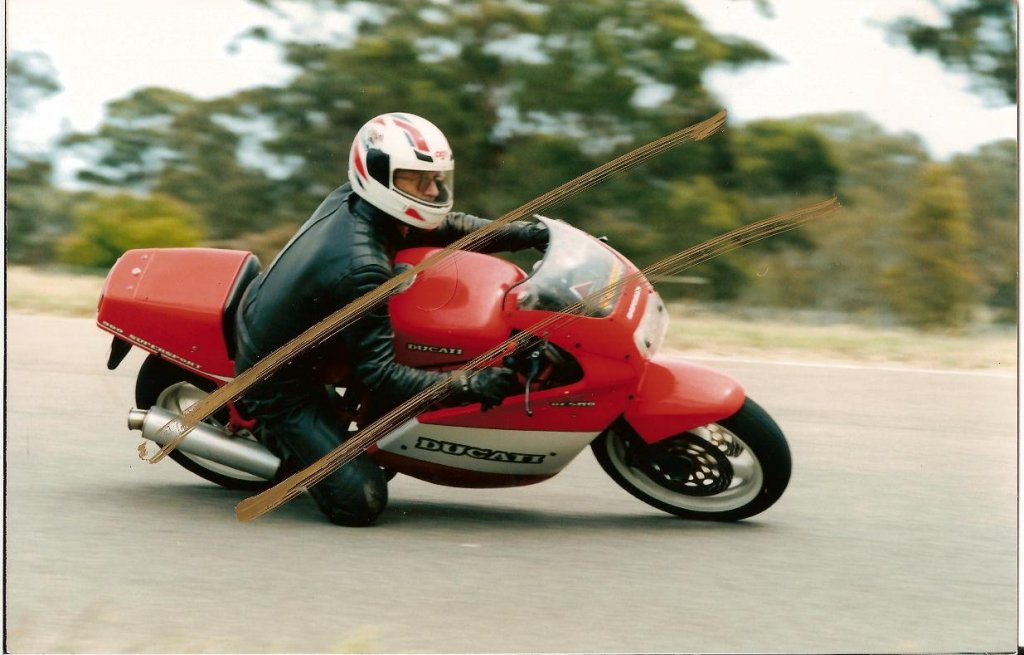 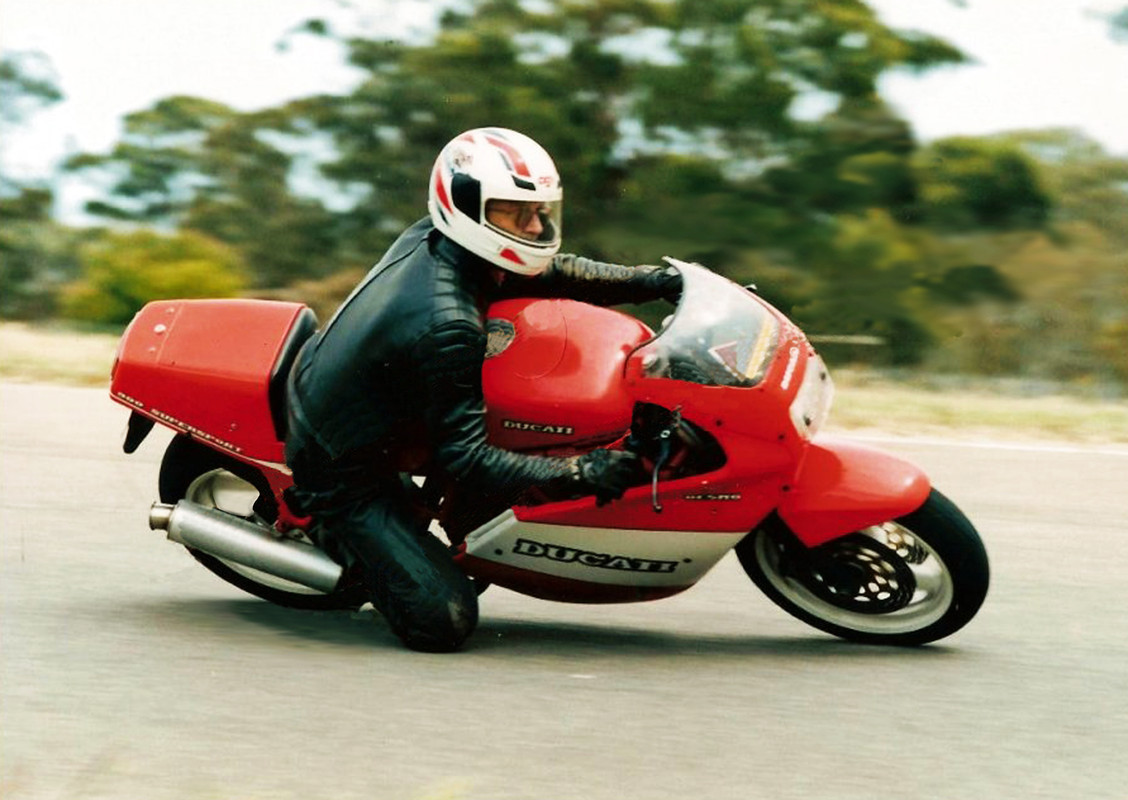 Looks ok to me. 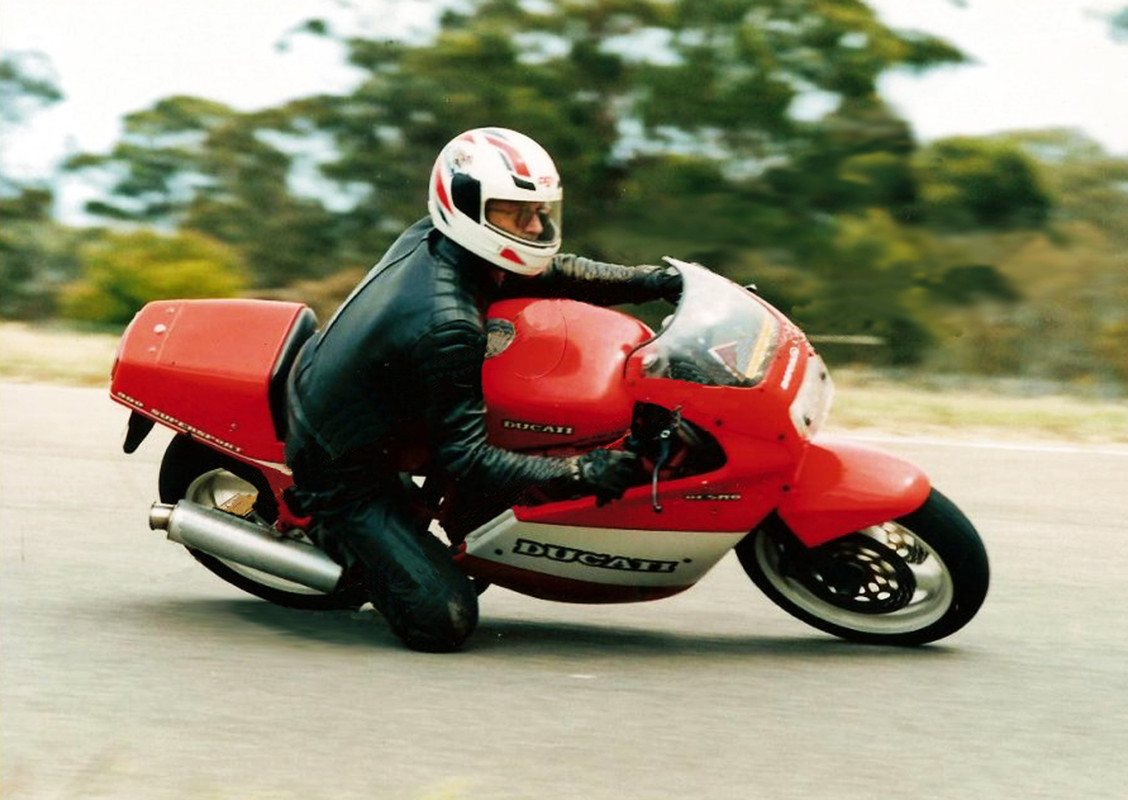 Staff member
I was going to give it googly eyes as if the rider was poodles bike cousin. Rough but it was quick.

Dales Cannon said:
I was going to give it googly eyes as if the rider was poodles bike cousin. Rough but it was quick.
Click to expand...

Lazmo said:
It’s funny but I always assumed the googly eyes was to avoid line up issues
Click to expand...

You have never met poodle have you? Those are his natural eyes.

I went to the last bike races at Bathurst

Went to Bathurst in1986 I think for the Aus superbikes, sidecars were a support, pure madness

steve jobs' pancreas said:
I went to the last bike races at Bathurst


Went to Bathurst in1986 I think for the Aus superbikes, sidecars were a support, pure madness
Click to expand...

I pulled this out of the shed today. First time it’s left the shed in 6 years. I’ve got a lot of work to do

Staff member
I was followed on a drive the other day by an RG500, rare bird I would have thought.
S

Dales Cannon said:
I was followed on a drive the other day by an RG500, rare bird I would have thought.
Click to expand...

You would be lucky to find one these days. Not an RG but a heavily modified RZ 500 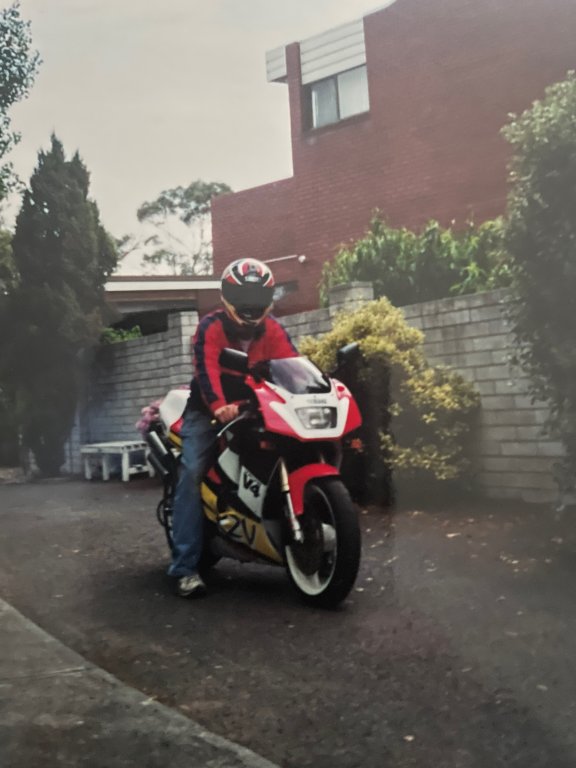 Staff member
Only reason I recognised it is because a guy I worked with has two, one is a dedicated track beastie. After the 'drive' he pulled alongside in town and we exchanged pleasantries at the lights. Still a dirty thing even on synthetic oil.
T

Scotty675 said:
I pulled this out of the shed today. First time it’s left the shed in 6 years. I’ve got a lot of work to do
Click to expand...

i had a dream a couple of years ago i found my old rgv in the garage and was wondering why i never rode it. cant imagine just letting it sit there that long and never running it. most bikes age a lot but that still looks good
You must log in or register to reply here.
Share:
Facebook Twitter Reddit Pinterest Tumblr WhatsApp Email Link
Top